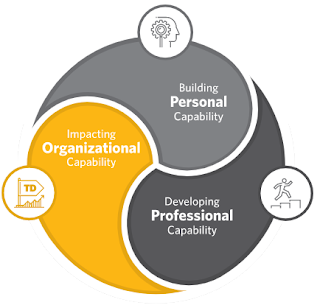 I think that they have handled the most recent round of updates very well.

For the last 20 years, our profession has been defined by a Competency model. The first couple of iterations were called the Workplace Learning and Performance Competency Model and then (after they gave up on the WLP naming) it became the Training And Development Competency Model. It was this model that I was tested against to get my CPLP designation.

Late last year they gave a sneak peek of what they were about to do with that. They were moving from a Competency Model to a Capability Model. (https://tdcapability.org/)

The sneak peek was for some key stakeholders including CPLPs In their sneak peak they explained who that had involved with this change and brought out several of the respected leaders in the L&D (Sorry still can't get round to calling it TD!) community who spoke about how they had been involved.

They told us then that they would be hosting a webinar for certification holders on how this would impact us specifically early in 2020.

Yesterday they had that webinar where they introduced the changes that this new model would have on the certified community.

Again the changes were well thought out, and had involvement from many of the key stakeholders. They had an active 'chat' function on the webinar and were really good at answering questions raised in there.

I've criticized them significantly in the past for their very bad Change Management. This was one of the competencies in the old model and in the past they could have been used as a case study in how NOT to do it.

Change Management is now a capability  in the new model and the way they handled this change could also be used as a case study, but this time in how to do it well.

So congratulations to the team at the ATD CI for a very well handled change. I'm thinking I might have renew my membership now.