A busy and quiet month!

It has been a busy month for me personally and professionally and that is why this blog has been silent for the last month or so.

But as always it's useful to step back and muse on what I have learned over the last month or so.

Back when I first arrived in the United States in 1999 I was working for a company that was headquartered in Tallahassee Florida. for the two or so years I was with them I always seemed to spend a couple of weeks of August down there.

Being once again an employee of a Florida based company it should not have come as a surprise that I ended up at the Gainesville HQ for a week at the beginning of the month.
In case you are wondering how easy it is to get from San Francisco to Gainesville, the answer is "Not Very"

The reason I was there was to attend a Management Training program that my company was rolling out to the managers and team leads across the organization.

A little surprisingly to myself and the other learning pros in our company the HR team had decided to partner with a local college to create and deliver the class.

In four packed, intense and long days we covered a whole bunch of topics. The two instructors who facilitated and led the course did a fine job, however as a learning pro a chunk of my head was, as always happens when I'm at a learning event, looking more at how they delivered and facilitated than the content I was supposed to be learning. Luckily for me much of the material was around areas that I am deeply interested in and in many cases pretty experienced with or at least well read on.

So when we were covering Onboarding I was thinking about Alexia Vernon's book on Onboarding Young Professionals.

When we covering Effective Communication I was thinking about Mindfulness exercises I learned at an AIN conference a couple of years back, and the listening skills that my years of Improv Training have honed.

When we covered Changed Management and alignment I was drawing on my interest in Zappos and my trip there earlier in the year. 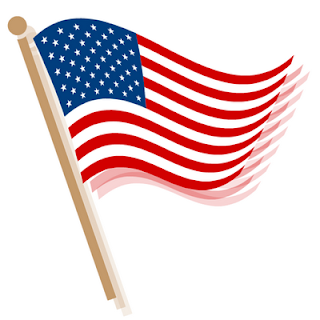 On a personal note, since posting my last Blog Entry I became a US Citizen. Having dealt with the INS and then the USCIS for many years in various capacities this one was a joy. There were about 2000 of us all taking our oath together at a ceremony in Oakland and there was a sense in the hall of the importance of the step we were all taking.
For such a large event it was well managed and they made a point of saying that there were citizens of 105 countries who were becoming US citizens together at the ceremony. The 'MC' from the local USCIS office gave us a welcome that included a brief welcome statement that he repeated in over 10 languages. Very impressive!
And then to get us all stood up ready to take the oath they called out the names of the 105 countries that we were coming from. As each country name was called the people from there got to their feet to applause from the whole theatre. By the end we were all on our feet and then we recited the oath and were then welcomed as citizens of our new country.

As a learning pro I took away a lesson from there on how to engage a large audience.
Make it personal.