Each One Teach One -- Musings from a different kind of university.

I've just spent 4 nights with my wife and my brother & sister-in-law in the cape wine lands  where we indulged our shared passion for wines.

We hit Cape Town on Friday and one of our first trips was to Robben Island. Former home of since then President Mandela and a host of other political prisoners. 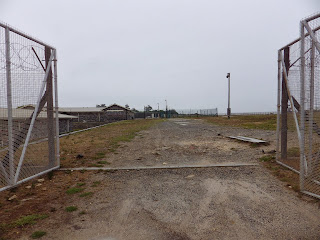 Robben Island is now a museum. Tours of the island are conducted by professional tour guides but then they hand over to former political prisoners who take you through the maximum security prison where they and all the other black, male, political prisoners where held. (The non political prisoners were held in a separate 'convicts' prison elsewhere on the Island, the White men in Pretoria and women at a women's prison on the mainland.) 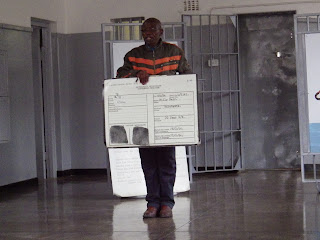 It was, as you can imagine, a deeply moving experience. Especially to an old Anti- Aparthied campaigner who (mis)spent a chunk of his college days on marches and protests.

It was also a deeply uplifting one.

One of the things that was talked about was that the prisoners established a learning culture that would be the envy of many of today's 'learning organizations'. So much so that the Island was called 'The University".  They took the principle of Each one Teach one, that had (I later learned) come from the slavery days in the US, and used it to ensure that all the prisoners had a responsibility to share their learning with their comrades.

While some, like Mandela, where educated men, many of the prisoners came to the Island with little or no education. Our guide shared with us that one such prisoner started his 17 year sentence on the Island illiterate. 17 years later he left with a degree.

Simple literacy lessons were taught drawing letters in the sand in buckets. The thirst for learning shown by people in some of the worst prison conditions in the world is truly inspiring.

If they can dedicate themselves to learning, then there is simply no excuse for those of us who work in this field not to dedicate ourselves to helping others learn.

Posted by Alan Montague, CPLP at 2:32 AM